Only on July 4th will you see hundreds of beach goers content to sit in the rain.  Huddled underneath drippy shelters as the precipitation flows, folks carrying on with their celebration, preferring to be soggy, than pack up and risk loosing their valuable parking space.  The landscape seemingly unchanged except that you have to wipe the fog and water from your glasses to actually see it. It’s all good until you hear the crack of thunder, then it is time to move.  Like ants, folks quickly pack up their belongings and line up to move off towards safety, with a few hard core exceptions of course.

My family was one of those exceptions roughly 10 years ago.  I had left the beach with my then toddler, seeing as we could walk home and return once the storm had passed.  Everybody else opted to stay, reasoning that the storms usually moved quick and there was too much stuff to move twice.  As I sat in the safety of my living room I felt there was an intensity to this particular storm, unlike the ones we had been experiencing so far that summer.  The thunder was loudly reverberating throughout the wet streets like we were living in a deep canyon.  Bolts of lightning flashed with such power that several windows were illuminated at once from different sides of the house.  It was an amazing storm and it just.. kept.. going.  I started to become concerned with the safety of my loved ones on the wide open beach.  Deciding that perhaps a rescue attempt was in order, I gathered my precious cargo and secured him safely in his carseat.  I only had a few blocks to drive as I cautiously proceeded to A1A.  On the way I passed one of my friends running for his life to his vehicle.  At that moment I knew I had made the right decision.

The once crowded beach look eerie with only a few shelters left to fend for themsleves in the midst of this violent summer storm.  Disregarding the no parking sign, I parked right up against the dunes so that someone might see I was there to help.  The friend I had passed pulled his car in behind me and ran down to the beach to let folks know the cavalry had arrived.  While I was waiting a bolt of lightning stuck the ocean right out front and I swear I saw sparks fly.  Freaking Crazy!  Finally, one by one people started to run out from underneath our tent,  reminding me of a circus act when over a dozen clowns get out from one tiny little car.  To my surprise along with 8 plus adults in my party, two lifeguards had been marooned in our private little shelter.  This storm was no joke.  Luckily everyone made it out unscathed with only hair raising stories to share and I learned just how many sweaty, sandy bodies I could fit into my car.  Another exciting July 4th for the history books and life lesson learned…don’t ever play with electricity.

Recently this crazy photo was posted to Channel 13 news: 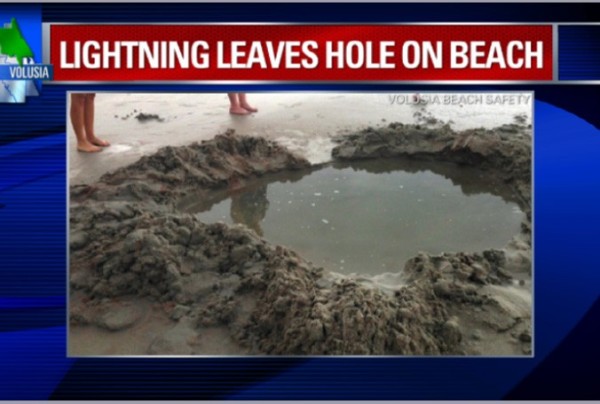 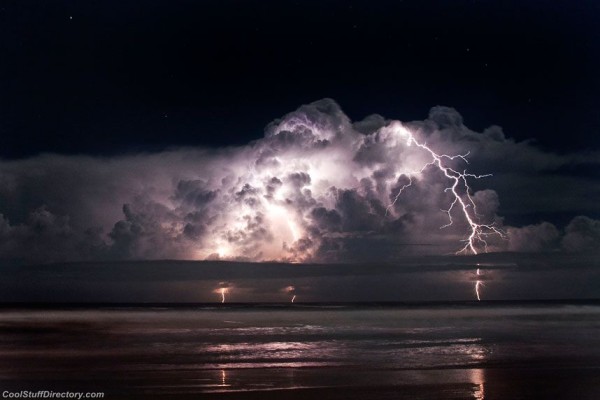 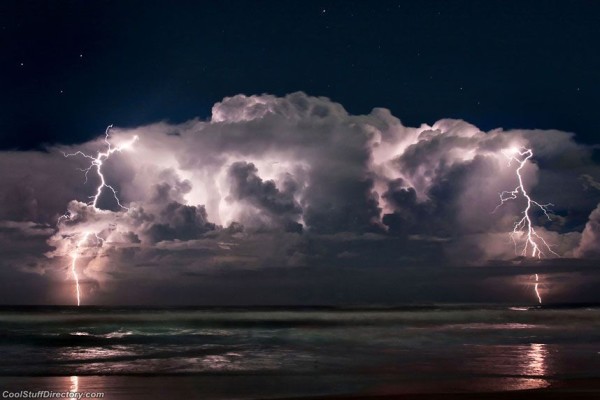 And how about this crazy picture of when lightning hits sand: Photographer: Kyle Hill 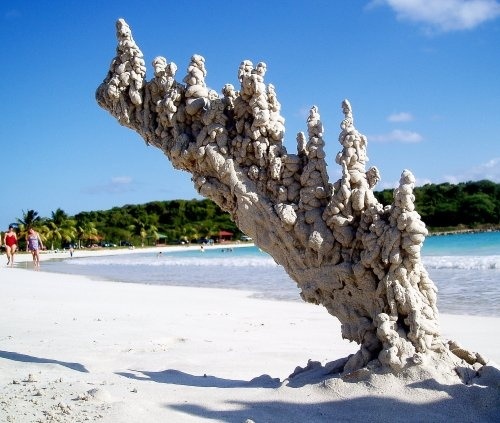 Cheers to you and not playing in thunderstorms! 🙂