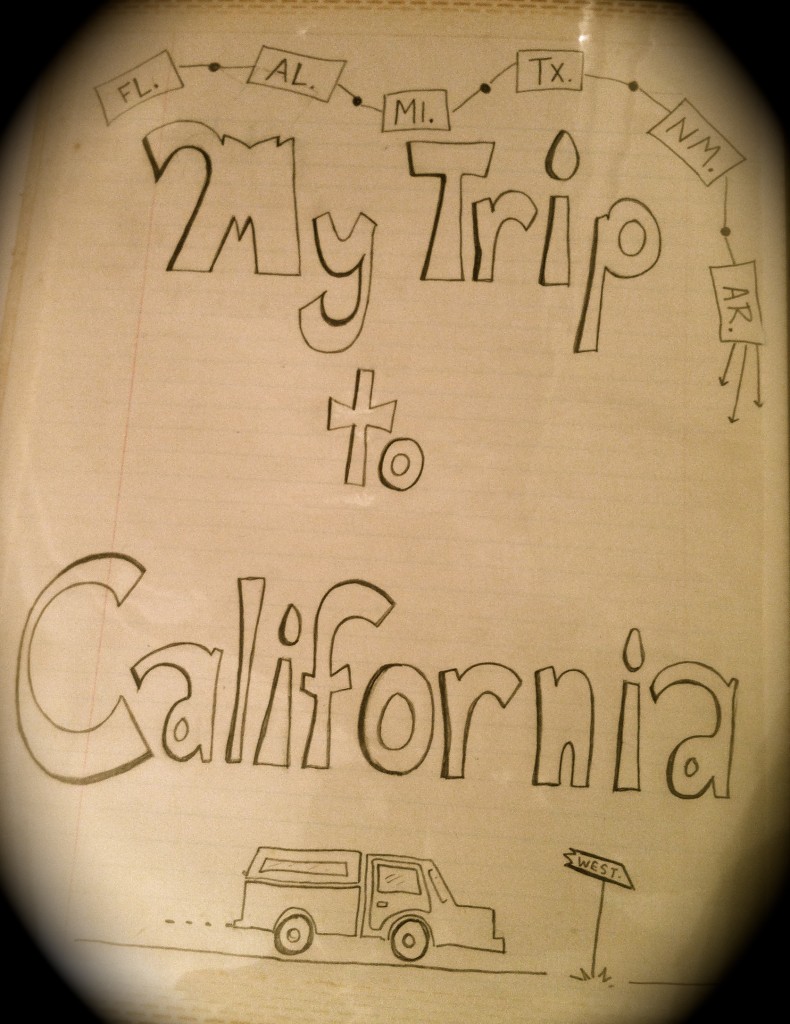 Several weeks ago I made a brash statement claiming how I was going to start writing from a more personal perspective and then I didn’t.  Since then I have thought many times about great stories I would like to share, some of them recent- others declaring the antics and shenanigans of my more youthful self.  However it’s clear that what has really been holding me back is fear and I am over it.  So one foot in front of the other… I’d like to share a moment in time that has changed me forever.

I was at a party in the C-section, behaving in a manor that my parents would definitely frown upon when I overheard a couple of guys (Ben Lacy & Johnny Welch) talking about their future trip to California.  Probably minus a few brain cells and filled with some liquid courage I invited myself along on their quest and funny enough they didn’t refuse the intrusion. The next day on the phone I broke the exciting news to my parents and within minutes received a knock on my sparsely furnished, one bedroom apartment door.  I was nineteen years old, had just dropped out of College, was working two jobs and except for an insurance payment completely self-reliant.  As my parents and I sat in a circle facing each other I articulated my travel plans.

My father’s immediate response was that it was a terrible idea and then he explained why.  You see these two young men were driving in separate vehicles and I was going to follow in my truck. After we got to California there were no further plans, as I’m sure they never believed I would actually come. Thinking back now It’s funny (not really) how I wasn’t even concerned about that missing detail.  My dad’s first issue with this genius travel scheme was that I should know where I am going and not be dependent on anyone.  The second concern was that I had entered in a lease agreement on my apartment and did not have ample time to give a two-week notice at either job.  In our world your word is all you’ve got and you never leave people hanging.  Thankfully, I had enough sense to agree with him on all accounts but that didn’t mean I wasn’t still going to California.

The following day I spoke with my landlord who agreed to let me out of the lease when he could find a new tenant.  Both jobs were also very accommodating and let me work up until my exit date was known.  As for the trip itself, my good friend (Elana) said she would go with me and we began planning our adventure.  I bought a topper for my truck, had the rusted off muffler replaced and ordered a slew of maps from AAA.  The plan was to go out and stay with Elana’s aunt for a while and then venture down the coast to the San Diego area.  I was stoked and then I got the call. Plans and life had and she would no longer be going with me.  For a moment I was crushed.  Then I looked at the maps again and reached out to another buddy already on the west side (Shawn Noble).

A week had passed and my landlord called to say he had a renter. My father had given me another piece of wisdom saying, “Until you own a home, the only stuff you should have needs to fit in your car.”  I sold off my few pieces of furniture and stored the rest of my treasure in the front hallway of my parents house.  My plans weren’t crystal clear but I now had a destination… Encintas, CA and the only thing holding me up was a dentist appointment.  I figured I should take advantage of my parents insurance one last time and I am so grateful I did.  It tuned out that I had a cyst on one of my underlying wisdom teeth, requiring removal or possible jaw breakage.  I actually considered skipping the procedure- partly because I was stupid and it was beginning to feel like I would never get on the road.  As it was I had all four teeth removed and spent another week on my parents couch.  Then one day I woke up, started loading up my gear and told my mom I was leaving.  I had lunch with my dad on the way out of town and confided in him that I was excited at the possibility I might get to order a beer in bar at my first destination, Louisiana.  He told me to be careful.

There are many more details I could have included about this four day adventure but the highlights are: on the day I left the heat index was a 121 degrees and I did not have an air conditioner, driving a stick shift sucks when your plastic floor is on fire, I hit every major city at 6:oo p.m. rush hour, I had never, ever, ever, ever, really driven in traffic before, I spent 3 of the 4 days in Texas and I had never in my life been west of Tallahassee, Florida.  However one word can describe how I felt when I finally caught sight of the Pacific Ocean…relief. And then I promptly exited the 5.

By happenstance I pulled off on the same exit that months later I would use every day and which also happened to have a 7-11 that did not sell beer- weird observation. Finally, I managed to find my friend’s house and after nine states, a change in climate and several cultures I had reached my destination.

The life changing part of this story had actually begun before I left my driveway.  My best friend (Lisa Tanner)  had given me the phone number of two girls in California (Jen & Brenda) with whom she had stayed with during the NSSA Championships.  They were both also from Florida and both surfed.  It would have been a perfect situation except I was too nervous to reach out and call them.  About a week and half had passed since my arrival and finally a room for rent came available through my buddy.  We drove a couple towns over to Carlsbad where I would meet my new potential roomies.  I was feeling pretty confident they wouldn’t try to cut me into a million pieces and stuff me into the mattress so I accepted the terms and handed off some cash.   Moments later…seriously, just moments… this blonde chick walks in through the front door into the living room.  I remember just looking up at her like… I wish I had the cajones to just walk into a room unannounced and full of strangers.  She introduced herself and then said she and her roommate lived across the street and would we all like to hangout.  At that moment my mind raced and I excused myself to go find the business card sized piece of paper with names of two girls (first names only) and phone number. It was her… Really! 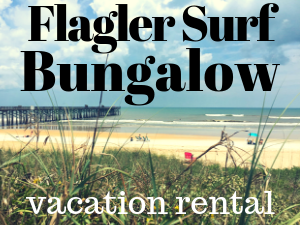 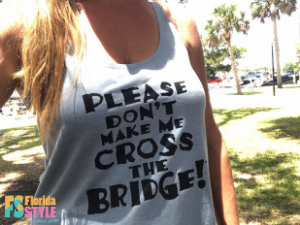 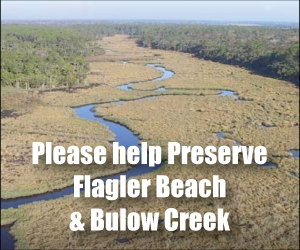